After seven months of total blackout, cinemas have reopened in several parts of India as the country recorded the lowest daily increase in coronavirus deaths in eleven weeks.

Theaters reopened Thursday when the Indian Ministry of Health reported 680 deaths in the past 24 hours, the lowest number in nearly three months, bringing the death toll since the pandemic started to 111,266.

India has recorded the most daily cases worldwide and is expected to be the hardest hit country of the pandemic in the coming weeks, surpassing the US.

A graphic designer paints a Bollywood movie poster on an aluminum sheet in a workshop before the cinema halls in Calcutta reopen [Rupak De Chowdhuri/Reuters]In March, nearly 10,000 Indian theaters were closed under coronavirus restrictions. Now they are becoming one of the last public places to reopen outside of risk areas.

In order to minimize the risk of infection, the seats have been separated. The show timings are staggered and digital payment is promoted. Masks and temperature tests are mandatory.

“We have everything set up, maybe more than prescribed. Antimicrobial films have been applied to all of the cinema’s touchpoints, ”said Gagan Kapur, regional director of PVR cinemas in the capital New Delhi.

Maharashtra, the capital of which is Mumbai – the home of Bollywood – is the hardest hit state with nearly 37 percent of COVID-19 deaths in India. 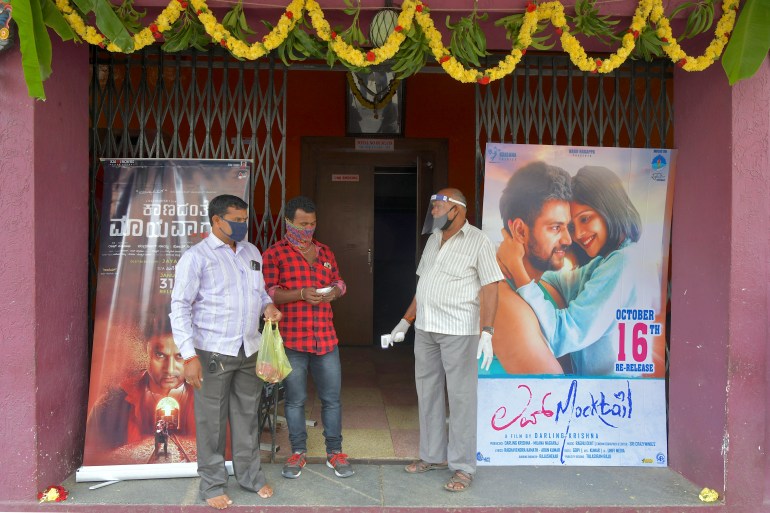 Nervous producers have so far failed to make major releases, and many have streamed their films straight to streaming platforms like Netflix, Amazon Prime, and Disney + Hotstar after the pandemic closed.

“We’re hoping for a blockbuster release in Diwali,” Ojha said, referring to next month’s Hindu festival, which is usually a bonanza for theaters and retail businesses.

Although analysts point to the pent-up demand for the cinema experience among millions of cinema-crazy fans – India had nearly 1,800 releases in 2018 – many may not brave the trip just to watch old movies.

“It’s a vicious circle – people only come to cinemas when there is fresh content. And the producers will not release a film without a guarantee that it will do good business, ”the film trade analyst Komal Nahta told the AFP news agency.

“Ultimately, someone has to take the risk and make an exciting movie,” he said.

According to reports, a handful of producers are willing to take the risk. At least one Hindi film, Suraj Pe Mangal Bhari, is slated to be released on November 13, Diwali weekend.

Top Bollywood producer Aditya Chopra is also preparing to release Bunty Aur Babli 2, a sequel to a 2005 hit, according to media reports. 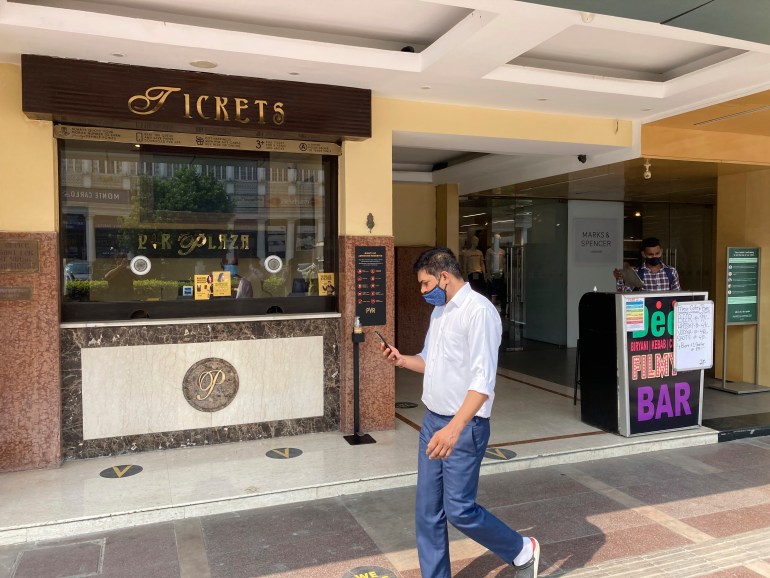 A man wearing a face mask walks past the ticket office of a cinema in New Delhi [Shonal Ganguly/AP]However, Indian health officials have warned of the possible spread of the virus during the festival season, which begins later this month.

“The next two and a half months will be of crucial importance for us in the fight against the corona due to the winter season and the festival season,” said Health Minister Harsh Vardhan on Wednesday.

“It is the responsibility of every citizen not to lose our vigilance and to follow COVID-19-appropriate behavior to contain the spread of the infection.”

Coronavirus: Why South Africa has but to roll out vaccines

Lowered visitors from the world’s busiest airports is a software in...

Watch reside: CNN’s particular protection of the US election

Protein generally screened for in being pregnant is linked to gestational...