Amami’s assessment of the decade since the revolution that overthrew the Zine El Abidine Ben Ali regime in January 2011 after 20 years of authoritarian rule is gloomy and sobering.

The democratic transition that he brought about in Tunisia, which stimulated the mobilization of the population in the entire region and culminated in the Arab Spring, initially aroused high demands – from the economic promises of the revolutionary motto “freedom, work and dignity” to the possibility of the intellectual and political freedom – in a country that was previously subject to strict censorship.

“In 2011 we were euphoric and dreamed that we could finally think out loud. We had such high hopes … we could only be disappointed, “summed up Amina Mansour, another social media activist who was targeted by then Prime Minister Youssef Chahed in 2018 for criticizing him online.

Today the euphoria of the beginnings of the revolution has subsided. One rather hears the rhetorical question: “Revolution? What revolution? “In the midst of the chatter bubble in the cafes of Tunis.

Tunisia was the flagship of the Arab Spring for a while. In 2014, his new constitution enshrined the right to freedom of expression, a historic moment.

With social media being the main arena for political debate today, the authorities are trying to contain critics. Freedom of expression – “the last surviving relic of the revolution,” according to activist Mohamed Ali Bouchiba – is coming under pressure.

“In Tunisia today there is indisputably more freedom of speech than under Ben Ali. However, we have recently seen a regression where lawsuits against social media activists have increased compared to the years immediately following the revolution, ”said Eric Goldstein, assistant director, Middle East and North Africa, Human Rights Watch.

It really all started in 2018 with Chahed, said Mansour, who was one of the first victims of the recent crackdown.

Two years after his mandate, Chahed sued her for accusing him of corruption on a social media post, and she was sentenced to two months in prison.

“People imagine that I spend my days scrolling through Facebook on my computer. But most of the time I write my posts between tasks at home or with a soapy finger washing the dishes, ”she admitted.

“Chahed’s lawsuit has not stalled other government officials and politicians. You thought if the prime minister did it, why not me? Added Mansour.

Bouchiba believes officials’ opportunism after Chahed’s move turned into a loosely coordinated effort by the authorities to silence critics by redrawing the boundaries on freedom of expression. “You want to make politics taboo again,” he said.

Despite some high profile cases against activists prosecuted for posting content deemed offensive to Islam – like Emna Chargui, who was sentenced to six months in prison last year for “inciting hatred between religions” After mimicking the verses of the Koran in a social media post poking fun at COVID-19, the majority of activists are being prosecuted for criticizing government officials, politicians and security forces online.

“As of 2018, we are really in danger with this new wave of arrests,” affirmed Bouchiba, known as “the bloggers’ lawyer”.

The former law professor has since been at the forefront of any effort to defend social media activists.

Given the urgency of this, in 2018 he co-founded the NGO Bloggers Without Chains, which defended pro bono activists “whose only crime was publicly criticizing those in power”.

Since then, he has represented more than 40 activists.

“The revolution had already demonstrated the power of the internet in mobilizing people. Politicians today are increasingly aware that elections are won and lost on social media, not in the press or on television, ”said Bouchiba.

The lawsuit against social media activists who call them online is a way for politicians, government officials, and security guards to keep their reputation clean on these platforms.

The COVID-19 pandemic has exacerbated this trend. Activists who denounced corruption in the fight against the epidemic in Tunisia last year triggered “increasing crackdown on social media users and online critics” according to the 2020 annual report of Freedom House “Freedom on the Net” Limited space for online mobilization “.

Just last week, social media activist Anis Mabrouki was sentenced to four months in prison for one of his posts on social media. He urged local officials for failing to distribute the government’s promised COVID-19 financial aid.

In 2018, the Global Internet Sentiment Survey found that 50 percent of users surveyed in Tunisia felt unsafe to share their views online.

Taking action did not help. While Mansour’s arrest didn’t dampen her determination to speak out at the time, it has changed her methods. Without censoring herself, she now has to be careful how she phrases her posts.

“I can still speak my mind, but if I don’t want to be arrested again I will have to use a lot more irony than before,” she said. “I recently presented my ‘excuses’ to Chahed for bothering him to get me arrested.”

To justify their censorship efforts, the authorities have unearthed a legal apparatus dating from Tunisia’s darker times: laws from the Ben Ali era.

One of the most commonly cited laws against activists comes from Article 86 of the Telecommunications Act 2001, which punishes anyone who “uses public communications networks to insult or disturb others” with up to two years’ imprisonment.

“Back then there was hardly any internet, let alone social media. Charging activists under this law is a stretch, ”Bouchiba said.

In fact, the article, which had been widely used since 2018, was rarely used during Ali’s regime and preferred to jail activists under the guise of other crimes such as drug possession.

Under increasing pressure from the authorities, some activists are running out of steam.

“At the time, my arrest made me say more. The public turmoil was impressive: there were TV crews at the tribunal, online campaigns, public figures speaking out for me, blocked roads, ”recalled Mansour.

But recently the situation has continued to deteriorate. It’s different today, she explained.

“Except for close friends, people don’t care anymore. The lawsuits, the arrests … it’s normalized. We are all exhausted. It’s what the authorities want to harass us to the point of exhaustion. “

Despite these recent setbacks, activists and those who defend them find a silver lining in today’s situation. 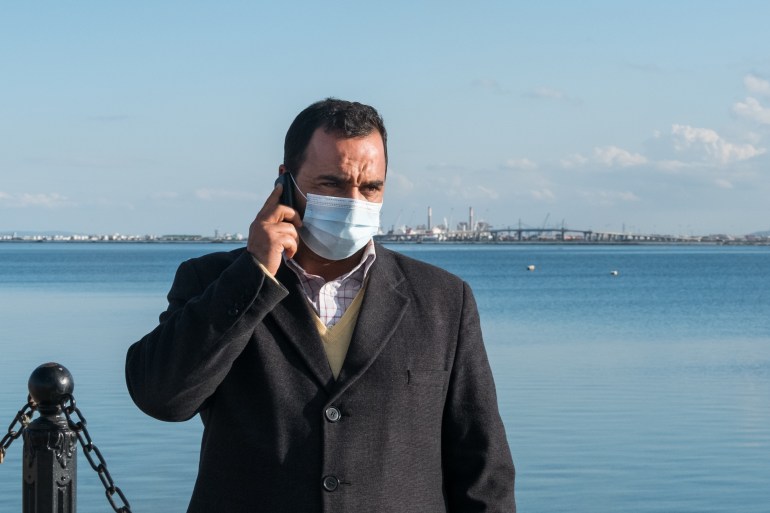 Plan to Ditch the Masks After Vaccination? Not So Quick.

Mississippi storm: Dwelling in a US metropolis with no ingesting water

The report’s conclusion was not anticipated to be a shock. Here...