Soul and Wolfwalker were the big winners of the 48th Annual Annie Awards for Animation, which were distributed in a virtual ceremony tonight. The Disney / Pixar juggernaut strutted away with seven trophies, including Best Feature, while the “relatively small European film” – as the filmmakers described it – brought in five wins, including Indie Feature.

After fighting all night, both of them will battle Onward, Over the Moon and A Shaun the Sheep Movie: Farmageddon for the Oscar this coming weekend – all three of them went home empty-handed tonight.

On the TV side, among the big winners were Hilda, who received three awards, and Genndy Tartakovsky’s Primal, who won a pair. Big Mouth won the writing award and, from a galaxy far, far away, The Mandalorian and Star Wars: The Clone Wars each received an award.

How will today’s victories for Soul and / or Wolfwalker contribute to a particular widespread trophy show on April 25th? Well, since the Academy Awards launched the Best Animated Feature category in 2002, 13 of the 19 Annies Main Feature Award winners – and six of the last nine – have won Oscar gold. But last year was an anomaly when Netflix’s Klaus nearly swept Annies and defeated eventual Oscar-winning Disney / Pixar’s Toy Story 4.

Soul was the darling of guild awards this season, winning animation awards from the Golden Globes, BAFTAs, and PGA, among others. But Wolfwalkers – a co-pro among Ireland, Britain, and France – has held its own by winning over a dozen awards from critical groups and from the likes of AFI Fest and the National Board of Review. 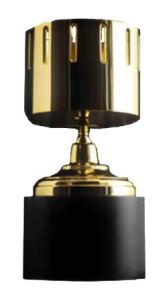 The Winsor McCay Award for career contributions to the art of animation was presented to animator Willie Ito, designer Sue Nichols (posthumously) and animator / director Bruce Smith. The June Foray Award for Significant and Charitable or Beneficial Impact on the Art and Industry of Animation went to animator and art director Daisuke “Dice” Tsutsumi.

In total, trophies were awarded in 36 categories from the fields of film, television and video games this evening. Entries submitted for review came from productions that were originally broadcast, exhibited at an animation festival, or published commercially between January 1 and December 31, 2020.

Here is the full list of winners from the 48th Annual Annie Awards: