Gaya, Bihar – For almost 30 years, Ramrati Devi had called her husband Laungi Bhuiya “crazy” and tried everything to even refuse him food to get him to focus more on helping their children and less on a seemingly impossible dream .

The other villagers in Kothilwa, a parched and poor hamlet in a remote corner of the eastern state of Bihar, India, fired Bhuiya when he said he would one day bring them water.

Kothilwa is about 80 kilometers from Gaya, the closest major city, and is home to almost 750 people – most of them Dalits – who live in mud huts.

Dalits, formerly referred to as “untouchables”, stand at the end of India’s complex caste hierarchy and have historically been confronted with social marginalization and discrimination.

Laungi bhuiya [Chinki Sinha/Al Jazeera]A narrow, unpaved road from a highway is the only way to Kothilwa, a village in the middle of a barren landscape of rocks on the red earth, on which nothing but corn and some robust legumes that require little water grow.

Bhuiya, who owns a small piece of land, always reckoned that if he could dig a canal to divert the creeks flowing in the hills to his village – which only had a few wells for drinking water that weren’t enough for irrigation – he and others could grow vegetables and wheat and feed themselves.

Therefore, without realizing his wife’s reprimands or the mockery of the villagers, the 70-year-old Bhuiya would go to the nearby Bangetha Hills to dig.

He says he held onto it for nearly three decades, with rudimentary tools and a tenacious determination.

“I was always mad at him for not looking after the children. There was never money, never enough food, ”his wife Devi told Al Jazeera. 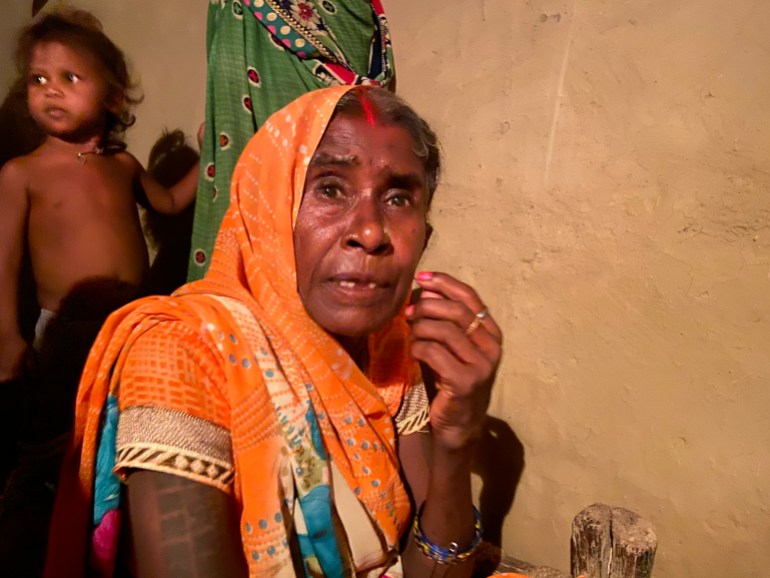 Laungi Bhuiya’s wife, Ramrati Devi [Chinki Sinha/Al Jazeera]Soon Bhuiya became known in the village as the “mad man” who was obsessed with the dream of bringing water to the village. His son Brahmdeo said the family even took him to the village healers to drive him out. Three of his four sons had emigrated to other cities to find work.

But a determined bhuiya kept digging. He knew that the waters of the monsoon rains filled the many streams in the Bangetha Hills and that they could be diverted into the village.

For years, Bhuiya made his way into the hills to dig every day – an accomplishment reminiscent of the epic efforts of Dashrath Manjhi, another Dalit from Gaya decades ago.

After cutting the Gehlour hills of Gaya with a hammer and chisel for 22 years, Manjhi shortened the distance between his village and the nearest town from 55 to 15 kilometers (from 34 to 9 miles) in 1982.

Manjhi’s feat earned him the sobriquet “Mountain Man”. The government released a stamp with him and Bollywood produced a biopic about him in 2016.

“I heard from him and thought if he can, why can’t I?” Bhuiya told Al Jazeera. “They all thought I was crazy.”

“We used to think he was obsessed.”

Last month, local journalist Jai Prakash went to the village to tell a story about the villagers building their own road to the village when Bhuiya came up to him and asked if he could show him a canal he had dug.

“He had dug a small canal for irrigation. He said it took him almost 30 years so we rode my motorcycle to see it, ”Prakash told Al Jazeera.

“During the monsoons, the water had come to the little dam that the water department built last year … Laungi Dam.”

As soon as Prakash’s story was published in a local Hindi newspaper on September 3, Kothilwa became a hotspot as journalists, political leaders, social workers and activists flocked to the village to meet Bhuiya.

Bhuiya was able to dig a 3 km long canal but could not bring it uphill to Kothilwa and had to stop digging a kilometer from the village.

As news of his efforts spread, Bihar State Water Minister Sanjay Jha learned of it and ordered the canal to be extended to Bhuiya village.

The day Al Jazeera visited Kothilwa, a man from a neighboring village had gone to Bhuiya’s courtyard and delivered a speech about the government’s failure.

On the front door of his house was a poster with an enlarged image of a check for rupees 100,000 (US $ 1,365) presented to him by Mankind Pharma, an Indian pharmaceutical company.

On the same day, Bihar’s former Prime Minister Jitan Ram Manjhi visited the village and promised Bhuiya that he would be recognized by the Indian President. The villagers present asked Manjhi for a hospital and a road to be built and named after Bhuiya.

That evening, Bhuyia, shiny in a white kurta and a dhoti with flowers in hand, went to a dealership in Gaya, where a tractor adorned with balloons was waiting for him.

It was a gift from Anand Mahindra, chairman of auto giant Mahindra Group, who heard through a local journalist’s tweets that Bhuiya now dreamed of owning a tractor after digging the irrigation canal.

“We used to think he was possessed,” said his son Brahmdeo. “Things have changed now. We have some money that we got because of his work. “

Bramhdeo says he wants a fan now and maybe some clothes and good food.

Meanwhile, Bhuiya’s wife, Ramrati Devi, watched as her husband, now hailed as the “Water Man” and “River Man,” was tossed away by a crowd of cheering villagers.

You had good reason to be happy. This year the village of Kothilwa was able to grow wheat.

Sure parenting behaviors related to optimistic adjustments in well-being throughout COVID-19...

Battle Of The Bay: E-40 And Too Quick Named Subsequent ‘Verzuz’...